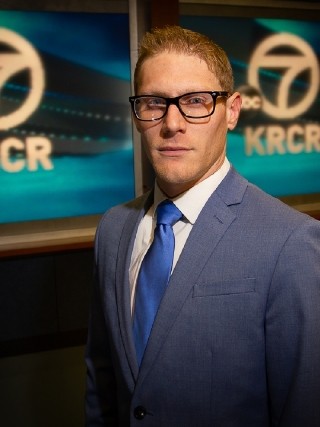 Darren Leeds is the weekend meteorologist and weekday multi-media journalist for KRCR-TV in Redding. He joined the team in April of 2019.

Darren was raised in the northwest suburbs of Chicago, and so it goes without saying that he's a die-hard fan of the Bears, Blackhawks and White Sox.

He attended Eastern Illinois University where he received his B.S. in Geography and minors in Broadcast Meteorology, Environmental Science and Communications.

Darren started his weather broadcasting career in 2011 in the Black Hills of South Dakota. During his time there, Darren met his wife, Shauna.

He also attended several Sturgis Motorcycle Rallies, including the 75th, during his time in South Dakota.

His most memorable weather event was Winter Storm Atlas in 2013 which dumped 3 feet of snow in Rapid City, SD.

You can find Darren out playing lacrosse, golfing, hiking or exploring the Northstate with his wife and Corgi named Yoda