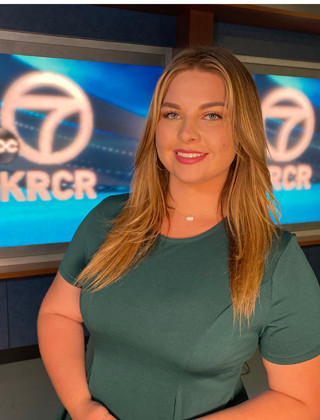 Mason joined the KRCR team as a multimedia journalist in June 2021.

She comes to us all the way from Lubbock, Texas. She grew up a Longhorn, thanks to her mother’s influence and attended The University of Texas at Austin where she earned her Bachelor of Journalism at the Moody College of Communication.

During her time at UT, she was a producer and reporter at TSTV, the nation's only FCC-licensed student-run TV station, for three years. She also wrote for the Daily Texan, mentored freshmen students and helped start an outdoor focused student magazine.

Outside of academics, Mason also interned for the investigative and political team at KXAN News in Austin, as well as working weekend morning shifts on their assignment desk. During her senior year, she moved to New York City to finish school and interned with the CBS Evening News research team.

Being from Texas, Mason loves college football, West Texas sunsets and pecan pie, but unlike most Texans, she does not eat meat or enjoy sweet tea. In her spare time, she likes cooking, hiking, weight lifting and spending time with her cat, Danny, who is named after Dan Rather.

Mason was drawn to Redding for its beautiful nature and warm-hearted people. She is very excited to be a reporter for KRCR and looks forward to making a positive impact on the community.