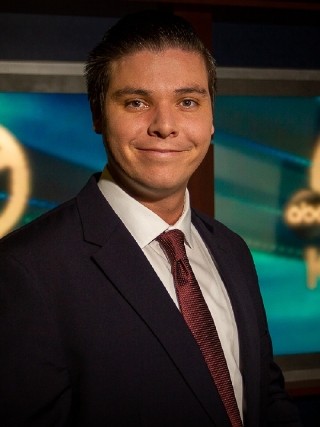 The Southern California native moved to Humboldt County in July 2020 after working for a year as a morning news reporter for KRCR in Chico. In May 2019, Michael completed his undergraduate degree in broadcast journalism at California State University, Fullerton.

Having grown up in San Diego, Michael said the beach culture and beautiful coastline are what also drew him to Humboldt. The forest is not something he is used to, but Patterson said he is excited to explore the Redwoods.

While in Chico, Patterson reported on the recovery of the Paradise ridge in Butte County after the deadly Camp Fire destroyed much of the town in November 2018. He also worked on stories about local politics, education and health.

Patterson's favorite part of the job is covering breaking news and being the first on scene to gather information. His favorite breaking news report involved a nearly-four-story tall fire at a petroleum plant on New Year’s Day.