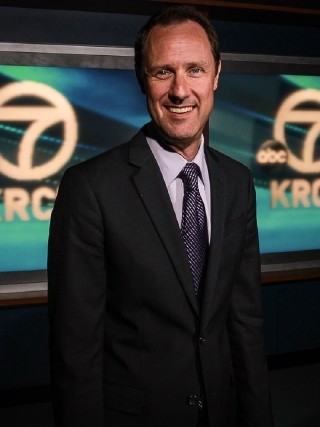 Mike joined the News Channel 7 weather team in September of 1999 and has loved every minute of it. Before coming to KRCR, he was in Wichita Falls, Texas right in the heart of Tornado Alley. Although Mike enjoyed storm chasing, the Northstate’s beauty more than makes up for the thrill of chasing storms. After getting his degree in communication at Eastern New Mexico University in 1995 he moved to San Francisco where he studied weather for two more years at San Francisco State University.

You may remember Mike starting out on weekends at News Channel 7 until he eventually worked his way up to becoming the Chief Meteorologist in 2001.

In the history of KRCR, the Chief Meteorologist has always presented the weather during the evening shows. However, ever since Mike started a family he has tried to figure out ways to juggle time between work and family. The solution was to start working in the mornings on Daybreak. It may be an early start to the day (2:00 am to be exact) but it’s well worth the time spent with family.

When Mike isn't in the First Alert Weather Center you will find him spending time with his family either at home or in the great outdoors enjoying what the Northstate has to offer. In 2003 and again in 2014 Mike had an opportunity to climb to the summit of Mount Shasta and plans to do it again in the future.