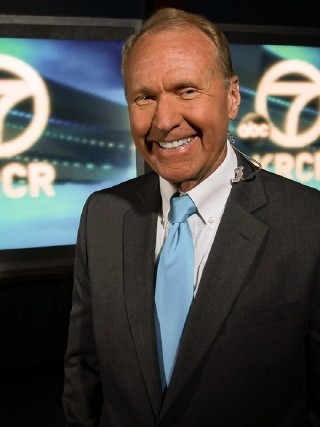 Mike’s roots are sunk deep in the Northstate soil, matched only by his love for telling stories of the people and places of where he calls home.

He is a proud graduate of St. Joseph Elementary School, Shasta High School, and California State University, Chico. With the exception of a couple of brief stints with Dignity Health, has been at KRCR-TV since 1978 as news reporter and anchor, and sports director.

He is also a Roman Catholic Deacon, ordained in 1992.

Mike is all about community, as a member of the Redding Rotary Club, and having served, or currently serving, on the boards of Shasta Community Health Center, the United Way and the Good News Rescue Mission, and on Advisory boards of Mercy Medical Center Redding, Northern Valley Catholic Social Service and Shasta County Public Health.

He is married to his wife Lindy, has three children, Jake, Andrew and Michaela, and the current count of grandchildren is five.

As he has said, the company issues the paychecks, but he works for the viewers, and his goal is to meet every one of them.